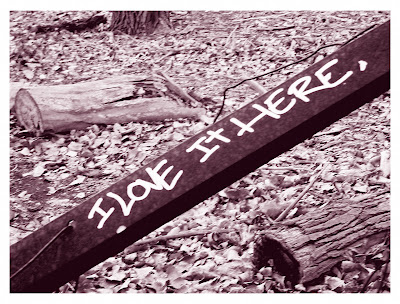 I was standing in line at Whole Foods with my food lined up behind me on the conveyor belt.  A young black man got in line behind me and put his small handful of groceries behind mine.  I noticed that he didn’t use the divider between his groceries and mine, and I didn’t say anything.  Surely the clerk would notice?
A few minutes later, the clerk had gotten to the end of my groceries and looked down at his.  “Is this yours?” she asked me.
I shook my head and then looked back at him.  Snarkily, I said, “Almost got me to pay for your food.  Almost.”
He laughed; I laughed; the clerk laughed.
But as I walking out to the car, I wondered, “Why did I say that?  Why did I make that joke?  Was it because he was a young black man or a young man?” I can’t help but think that maybe I was operating on some unconscious bias, some snap judgement on him being a young black man, and his trying to pull a fast one.  It was a joke, yet it still haunts me to this day.
I didn’t get to talk to him afterwards, and I wanted to apologize.  My intent was to make a joke.  And, from his response, the clerk’s, and mine that intention came through.  Yet, I wasn’t entirely sure.  Was my intention really just to make a joke?  And outside of the sort of half-hearted laugh we all shared, was there any other impact?  For me, the situation left me thinking about my motivations; my willingness to make a joke at someone else’s expense.  What was the impact on him?  The clerk?  I don’t know.

On my way to my favorite bar, I walked by a young black man washing his car.
A couple of hours and beers later, I walked back home.  It had rained while I was at the bar, and noticing that he was now sitting on his front porch with a friend, I said, “Thanks for bringing the rain.”
He got up.  “What do you mean?”
I stammered, “You washed your car.  It rained.”
“So.  What are you trying to say?”
“I was just making a joke.  You know…whenever someone washes their car it always rains.”
“I like my car.”
“You haven’t heard that joke?”  Whether it was the beer or not, things seemed to be getting tense.  He didn’t think I was joking.
“You need to move on,” he said.
“But…”
“No.  Just go.”
I did.  Yet, the walk home and my discussions with my wife afterwards, I kept asking.  How had my intention of making a joke gone so horribly awry.
In a diverse neighborhood with a lot of short term renters, it wasn’t common that people talked to each other.  I was a middle aged white man wearing a baseball cap, and while I didn’t say anything on the way to the bar, I was definitely looser and louder on the way home, and he didn’t know me.
“But it was just a joke,” I protested.  “I was trying to be friendly. That was my intent.”

After two White Privilege Conferences, I look at the world a little differently.  Yet, in following the daily news and reading about the latest outrage committed by our President, I can’t help but wonder why the message of institutional racism has gotten so charged.
I know there are bad actors that will use whatever means necessary to hold on to their power.  And I know that those same bad actors have made in-roads into painting “intersectionality,” “institutional racism,” and “systemic oppression” as partisan issues.  But I can’t go through life thinking that all people who support the status quo are bad actors.  Many of them have to want the world to improve and think of themselves as “good people” who want the same goals as many on the left but have been turned off in some way.
While it is important to recognize that fact, not everyone who argues that “identity politics” has gone too far really understands the issues nor how to effectively talk about them.  I don’t understand the issues as well as I’d like, but I do think that how we talk about it is not serving our interests.  Interestingly, I don’t think we have to reinvent or come up with a new language.  I think we just need to take some the language from the field and apply it in discussions with people who may not understand the nuances around talking about identity.
To that end, this seems to be an adequate summary of what I think needs to happen:  “After all, in the end, what does the intent of our action really matter if our actions have the impact of furthering the marginalization or oppression of those around us?” [italics mine].  From my perspective, there are many well meaning, liberal to centrist, white people who don’t understand the nuances of defining someone’s statements or actions as racist or misogynist or ableist.  Likewise, when they bring up issues of “reverse racism” or “toxic masculinity” or “he’s crazy” as issues that need to be teased out and explicated, diversity educators (or anybody versed in this language and not afraid of the conversation) runs crashing into “white fragility,” being overly PC, or just too hypersensitive.  Yes, these are learned responses, but people aren’t learning.  They still use them frequently and even if, as I wrote about on another article the conversation (in particular race) doesn’t go anywhere.  And yes, a lot of times the resistance to really understanding white supremacy or white privilege comes from white people, even some that haven’t experienced marginalization or oppression, yet that is exactly what they feel.  They can still be impacted by how we talk about this even if they are not who we are talking about.  So, how do we move forward?
My argument is that we have the tool, and we need to use it to police our own discourse.  Yes, when we label someone as “racist” we are, quite often, not trying to suggest it is a permanent condition but a learned response and that their words and/or actions need to change because it is doing people harm.  But the throwing the label at them is not having its intended impact.  Our intent is to get people to be better, to look at their words and their actions and understand how that effects people around them.  You only need to look at Evergreen College to know that hurling the label didn’t make the situation better.  Instead we get push back that drives them (primarily white people) further away because they don’t have the nuanced understanding that we do.  The impact does not match our intent.  And we need to address that.
Calling someone a racist isn’t helping.  When our friends remark that they “don’t see color” pointing that that is an impossibility doesn’t help unless we factor in the impact of doing just that.  We’ve all been calling each other out in the simplest shorthand, and it is leading to less honest discussion or no discussion at all instead of more.  We need to have more conversations, more nuanced, honest, and fearless conversations and unless we don ‘t look at our own intent by blasting people on social media with a shorthand that they may not understand, the impact is going to leave us with even less room to talk not more.