Every other week, I host Afternoon Freeform on 89.9 KUNM.  The idea behind the show is to highlight the connections in music across genres.  While I'm not a musicologist and can't tell you why certain songs go together well, but I am a poet, and I approach the show as if I'm setting up a set (in performance) or a chapter (in books). 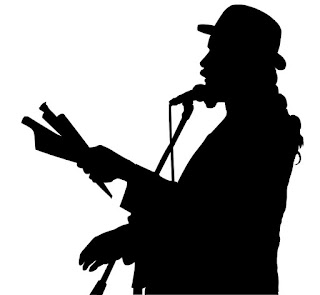 One thing I've been doing is playing a cover tune then a few songs later, playing the original in what I announce as "The cover project."  No judgement one way or the other, not much commentary but to highlight what is the cover project.

The rules, as I layed out, is that I announce it as the cover project and play both versions.  I also don't play them back to back.  I usually try to build them into the flow of the set so as not make it seem like it doesn't fit in the show.

Here you'll find my take on how the covers rate in comparison.


This is not a bad cover, but John Denver's soft, plaintive tenor really steals the show.  You can actually believe that John Denver is sitting around a fireplace in his Aspen, Colorado home trading stories and smoking pot with his friends.  So, in a way, the cover doesn't catch the intimacy of Denver's rendition.  Is the cover better?  Absolutely not.


Bob Dylan's "Visions of Johanna" covered by the Old Crow Medicine Show.
There are a lot of Bob Dylan covers that are better than Dylan's versions.  Even hard-core Dylan fans may reluctantly agree that Jimi Hendrix's "All Along the Watchtower," or Jim James & Calexico's version of "Going to Acapulco" outshine the originals, and in Watchtower, Dylan's version is really a very good song.  In light of the fact that Dylan is an acquired taste and in light of the fact we are comparing a live version to a studio version, I think Dylan's version wins if only because Dyland was still making records that mattered to him in the early '60s.  If you were to pick  a later cover, you could argue that Dylan had moved into a lazy, almost casual recording style that meant the quality varied from album to album (think post "Desire" Dylan), but this Blonde on Blonde, which almost everyone should have in their collection.


Sonny Rollins' "St. Thomas" covered by Ray Obiedo.
It's almost unfair to compare these two.  Rollins' version is from his classic Saxophone Colossus while Obiedo is from his relatively obscure Latin Jazz Volume 1.  Trade the tenor sax for a vibraphone and you have a tune that really belongs in the Caribbean.  Is that enough to unseat the original.  Nope.


The Animals' House of the Rising Sun covered by Patti Littlefield.
The song is technically not an Animals' original song though there version is probably the most well known.  Apparently the song is loosely based on a 16th Century ballad called the Unfortunate Rake and other variants of broadside ballads.  When approached by Patti to play her cover, it was in reference to highlight her show in town.  She liked what they created on the demo and I decided to make it part of the Project.  Besides her haunting vocals, the song works because Mark Weaver plays a didgeridoo, which make the track even more haunting.  The Animals's version is pretty straightforward but iconic.  So, depending on what you're looking for I'd give this a even match.


If you have a suggestion for a really good cover, drop me a note in the comments.
Posted by Don McIver

How about Patti Smith's "Smells Like Teen Spirit". Featuring Sam Shepard on banjo. From the album, "Twelve", circa 2007.
Actually, that whole album is covers, and some are great. Like that one. Or like "Are You Experienced".