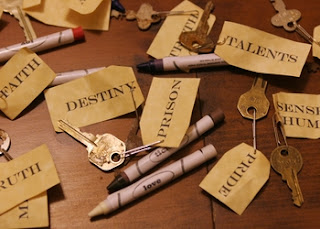 The little performance poetry festival that could. A few years ago, I was at the Mercury Cafe in Denver (the home of the fabulous Denver Poetry Slam) and saw a poster of the 2003 Sparrows. Gary Glazner, Roanne Lewis (the original incarnation of the Headless Buddhas) and I traveled up for one night and auditioned (5 minutes) and they invited us to come back the next year.

We, sans Roanne, came back and performed (adding Rosemerry Wahtola Trommer to the mix) and we killed. Easily the best Headless Buddhas set we've done. Well, Gary moved on to other things, I moved on to other things and didn't really think about Sparrows (in 2005-duh! wonder why) and in 2006 I sent the organizer an e-mail and asked if he needed anybody. They'd already overfilled their bill, so I didn't come up.

But this year, they wrote me and asked if I'd be willing to perform, just me. So, last night I performed. At first I thought it was gonna be weird. They had set up the stage as "a cafe" and I was the "bard-tender" as if I was the host at an open mike. But it actually worked quite well. Instead of the poets waiting for their turn to read and looking blank while the others read, they actually had to pay attention because they were "acting" as if they were at a cafe. Brilliant. Everyone had a role even when they weren't performing.

I performed "Daily Special," "The Awning," and "Cool." All killed, I've been rehearsing a lot lately so I was pretty on top of my game (yeah rehearsal). But "Cool," the only poem I slam with of the three, was particularly engaging. The audience, a not slam audience, reacted to many of the places and everybody commented, etc. Even got the, "your poem kicked ass!"

The festival seems to be a strange hybrid of non-slam Denver poets and mountain poets. All older for the most part and certainly not slammers. Will have to consider pitching a slam. Doing a workshop this afternoon and will update tomorrow. Maybe?

Gonna post Slam: Literary Fad or Movement to the blog so its available to all next week. See you in poetry land.

I've never seen a scene like that. Usually when I see performance poetry or spoken word, it's performed one at a time on a stage. I bet it made it even more interesting. Sounds great! You must be good for them to have written you asking you to come perform.

Congrats Bodine! For me the best Headless Buddhas set was when Tucson Poetry Festival flew you, Rosemerry and I out there to perform at their Slam. Happy to hear good words about Sparrows. A warm sunny morning here in New York, riding my bike along the Hudson, now back to the Bowery Poetry Club for a late night show. Miss you gMEXg

I happened upon the whole festival while visiting my inlaws. My husband and I went to the Friday night performance and enjoyed it all. We laughed a lot during your poem cool, since we are both ex middle school teachers. Hopefully we'll catch you the next time you are in Denver.