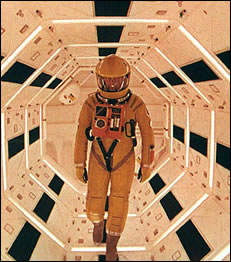 I had the pleasure of watching Stanley Kubrick's 2001:  A Space Odyssey again the last couple of nights.  Its definitely been a few years, but I was actually surprised that the movie didn't really seem all that dated.   I know its a pretty celebrated picture, and totally agree that it deserves all the accolades its gotten.

There are particular sequences that are simply amazing.  For example, when David Bowman goes to disconnect HAL and the only sound is HAL's comments and David's breathing...the whole sequence is stunning, almost terrifying and sad:  "I'm scared Dave."

I particularly like that the director relished in the vagueness of not only HAL's malfunction but also what Dave experiences at the end.   Too often we try and tie everything up...and quite often release director's cuts that answer everything...I'm looking at you Donnie Darko.   Film is a collaborative art and while I think there are good reasons for directors to re-cut movies (see Blade Runner) sometimes its best to just leave it alone (I'm talking to you George Lucas). 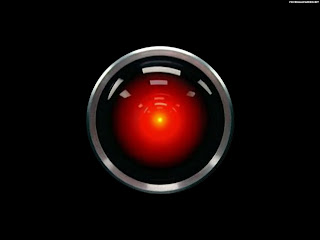 So the next time you're staring at your iPad or smart phone, think about this movie.   There's some devices that look eerily prescient.