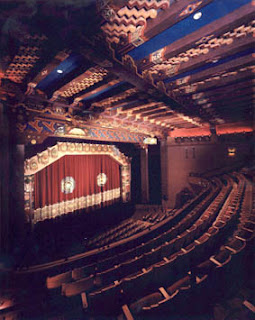 Once again, no pictures from the actual event.

Boy, I wish my body would allow me to sleep past 8 AM. Cause two days of staying up till 4 AM, is really taking its toll.

Spiritually, I'm feeling re-charged, reinvigorated that what we do is important and matters.

Thursday night, after doing the draw I knew that the Four Corners, Austin, Dallas, and Denver bout was going to be crushing. Teams had traveled from a long ways and here's a bout where 3 teams would be sitting down that all legitimately belonged on the finals stage.

The weather was perfect, after a rain that afternoon the evening cooled down into the 80's and the teams stepped up to the microphones on the patio. About 150 people sat nervously drinking beers. A couple of dozen sat outside on the mall, listening in from behind the poet's back and hanging off the patio rail at the other venue (which hadn't started yet). Tony Jackson steps up and does this killer piece (that at the risk of not mischaracterizing it, was awesome). My memory now is short on specifics and long on impressions. Likewise, I didn't catch very many poems, bouncing back from venue to venue, checking in with hosts, bout managers, merch people, bartenders, etc.

Denver did my favorite group piece of the weekend. Ken upfront with the rest of the team behind him. It was a group prayer where they all prayed to God. And by the end it becomes a cachophony these one sentence mutters of the all the destructive and dangerous things we pray for. Stunningly brilliant.

Denver advances, joining the LoboSlam, ABQ 07, and SlamNuba at finals. After a protest and a compromise, we added San Antonio to the mix and had half our show the next day. The other half consisted of having the teams send one poet from their team to compete in an indy slot with the exception of Amarillo and Colorado Springs who (being the two lowest scoring teams) gave us two sacrifices instead of an indy slot.

No matter how hard we try, we can't seem to create a show that is less than 3 hours. The Kimo was about half full (holding 650) meant we had about 325 (not as much as I wanted, but a good house). The Kimo is a beautiful space. 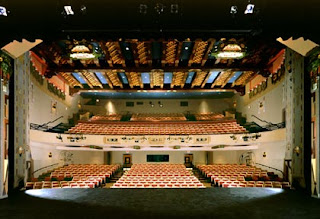 We tried. Danny Strack from Austin took the Indy crown and the team slam came down as follows: LoboSlam, SlamNuba, Team Denver, and Team ABQ. I hosted the indy competition and after drinking a RockStar Energy drink was funny, witty, engaging, but efficient. Bob Whoopiecat and Jazz hosted the team finals and knew when to get out of the way of the poetry. A good solid tournament crew.

Now, off to start a word file with what to do for the 2009 SW Shootout. Dallas has it next year.
Posted by Don McIver